We may receive a commission on purchases made from links.

Elgato has a new, cheaper version of its control panel for streamers, with the Stream Deck Mini reducing the pad to six buttons, each a small LCD display. The new model follows the Stream Deck, launched last year, which offered a quick way to trigger custom graphics, effects, and more while in the heat of a livestream.

Since then, Elgato has rolled out new features for the Stream Deck, and the new Stream Deck Mini benefits from them right from the start. The six LCD keys are configured using a drag-and-drop interface in the Elgato companion app. Button graphics can be predefined or customized by the user.

There’s native integration with OBS Studio, XSplit, Streamlabs, Twitch, YouTube, Twitter, and Mixer, among other apps and platforms. Alternatively, you can configure your own apps of choice, using the Stream Deck Mini’s buttons to replicate key combinations.

There’s also macro support, now with the ability to have multiple actions triggered from a single keypress, simultaneously or in sequence. This way, you can tap a button and load your streaming app of choice, message various social media channels, and more. Application folders allow multiple sets of buttons to be loaded and toggled.

Compared to the original Stream Deck, the form factor has changed a bit. The larger model came with a foldable and removable stand that could prop it up off the desk, while the Stream Deck Mini has it built in. It’s also smaller, of course, but still connects with a single USB cable.

While Elgato is targeting the Stream Deck Mini at gamers, of course, there’s nothing to say that other users couldn’t derive certain features from it as well. As we found when we reviewed the original Stream Deck, it works much like a MacBook Pro Touch Bar, but with more customization potential. This has great benefits for video and photo editing shortcuts, and more. 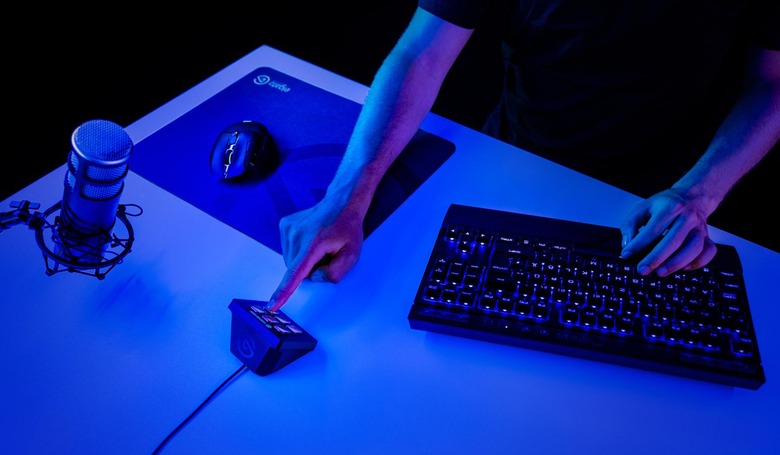 The new Stream Deck Mini is available for pre-order now, priced at $99.95. It will ship August 1st. Meanwhile, the original Stream Deck remains on sale, with a list price of $149.95. 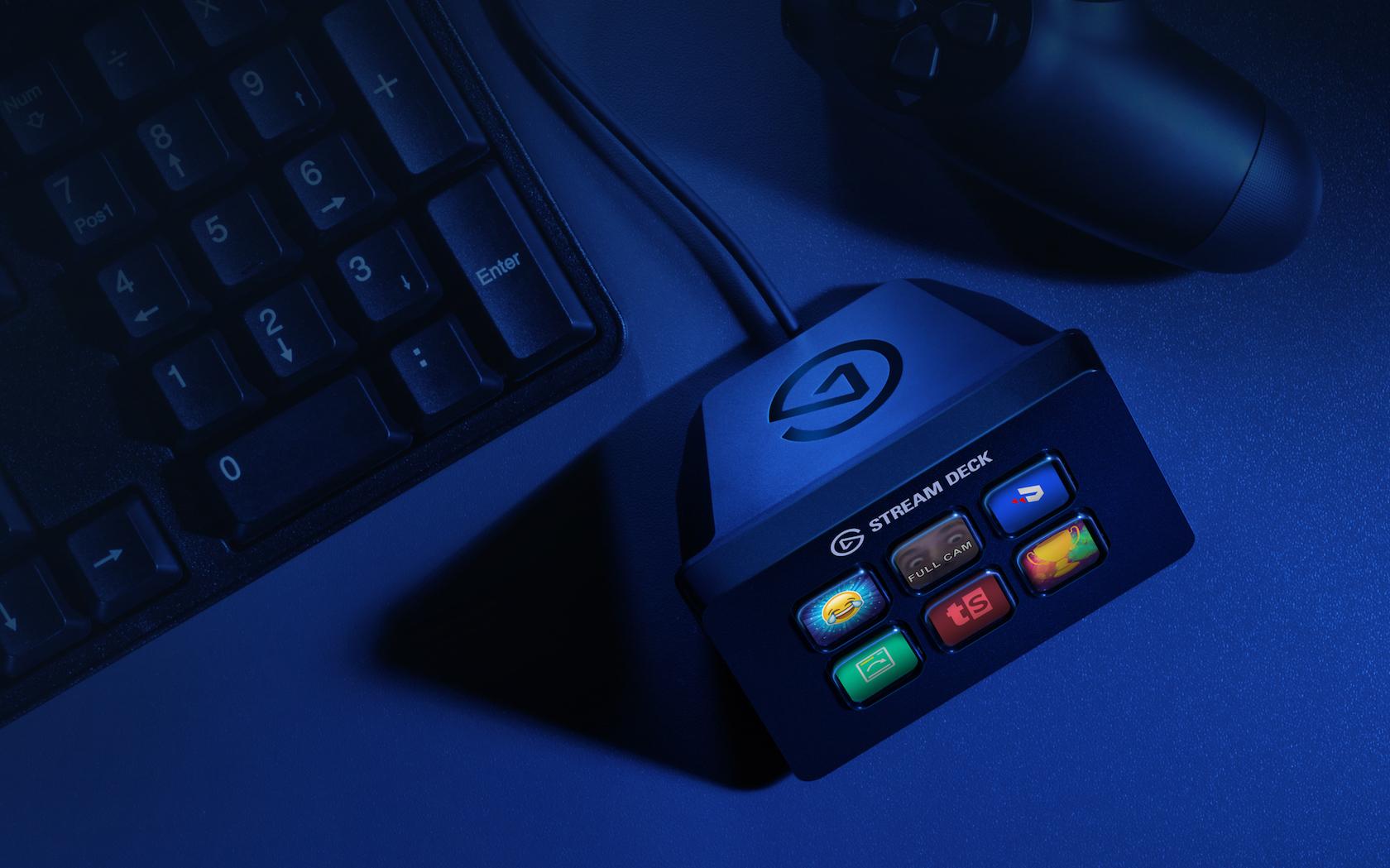 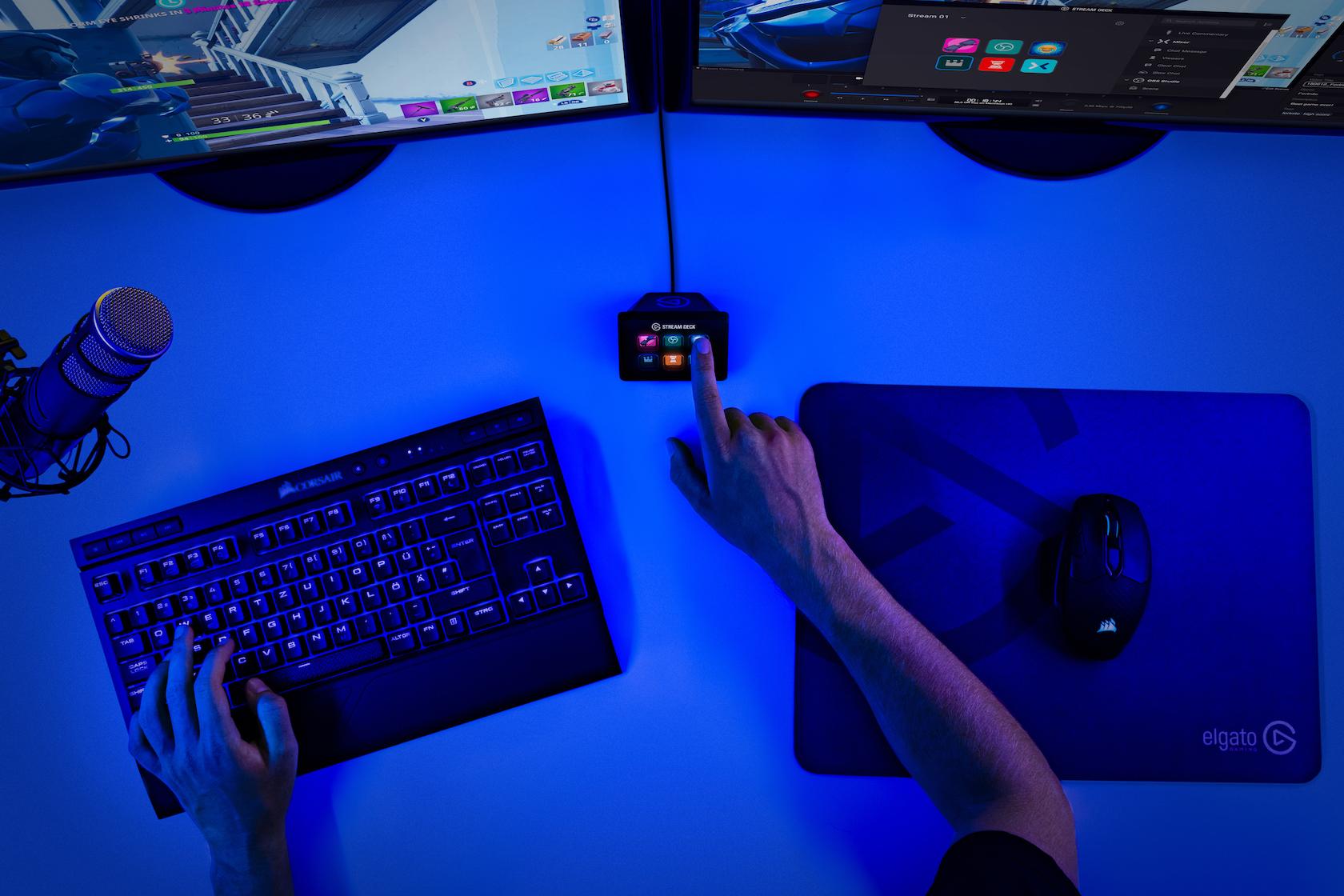 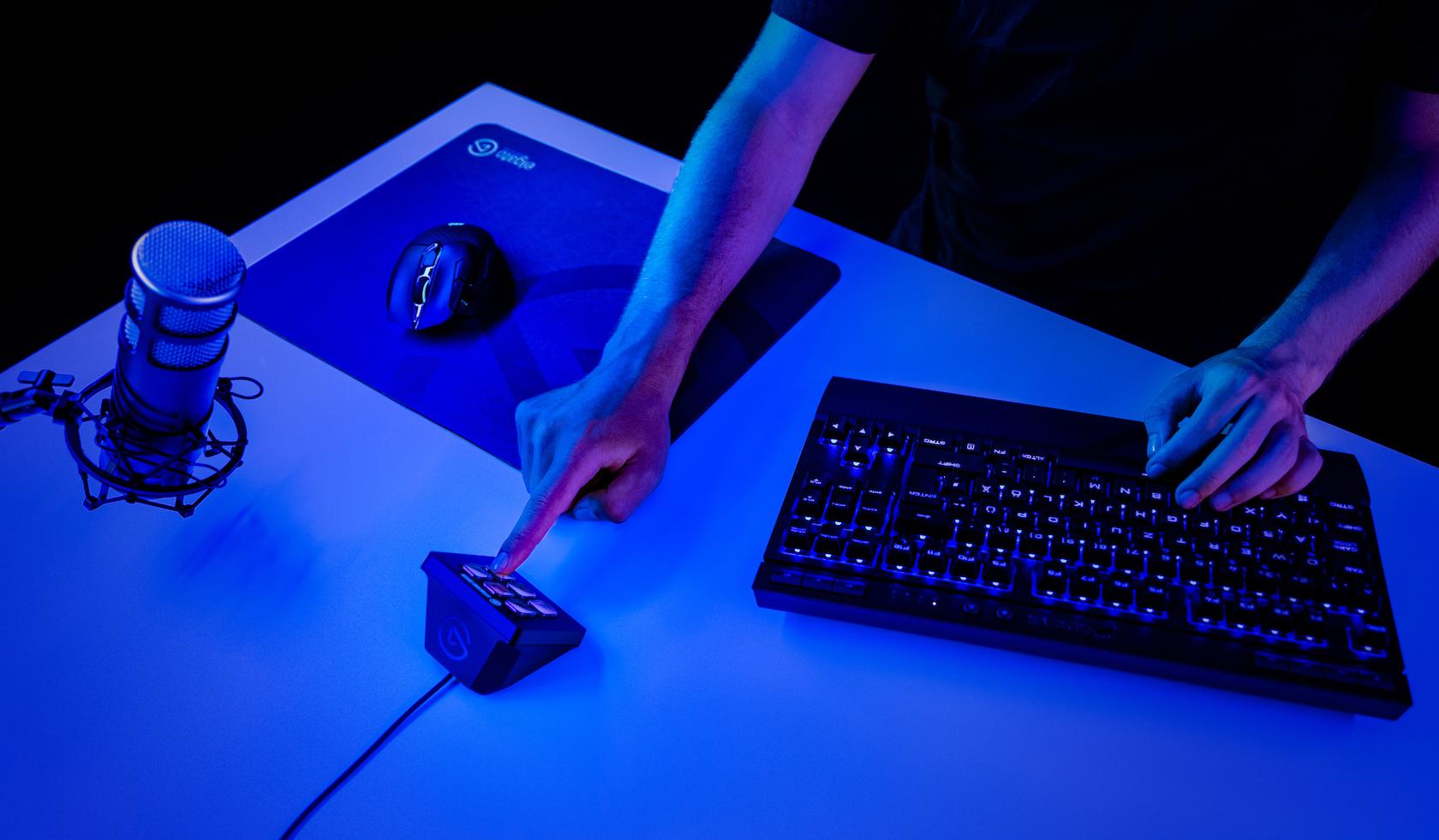 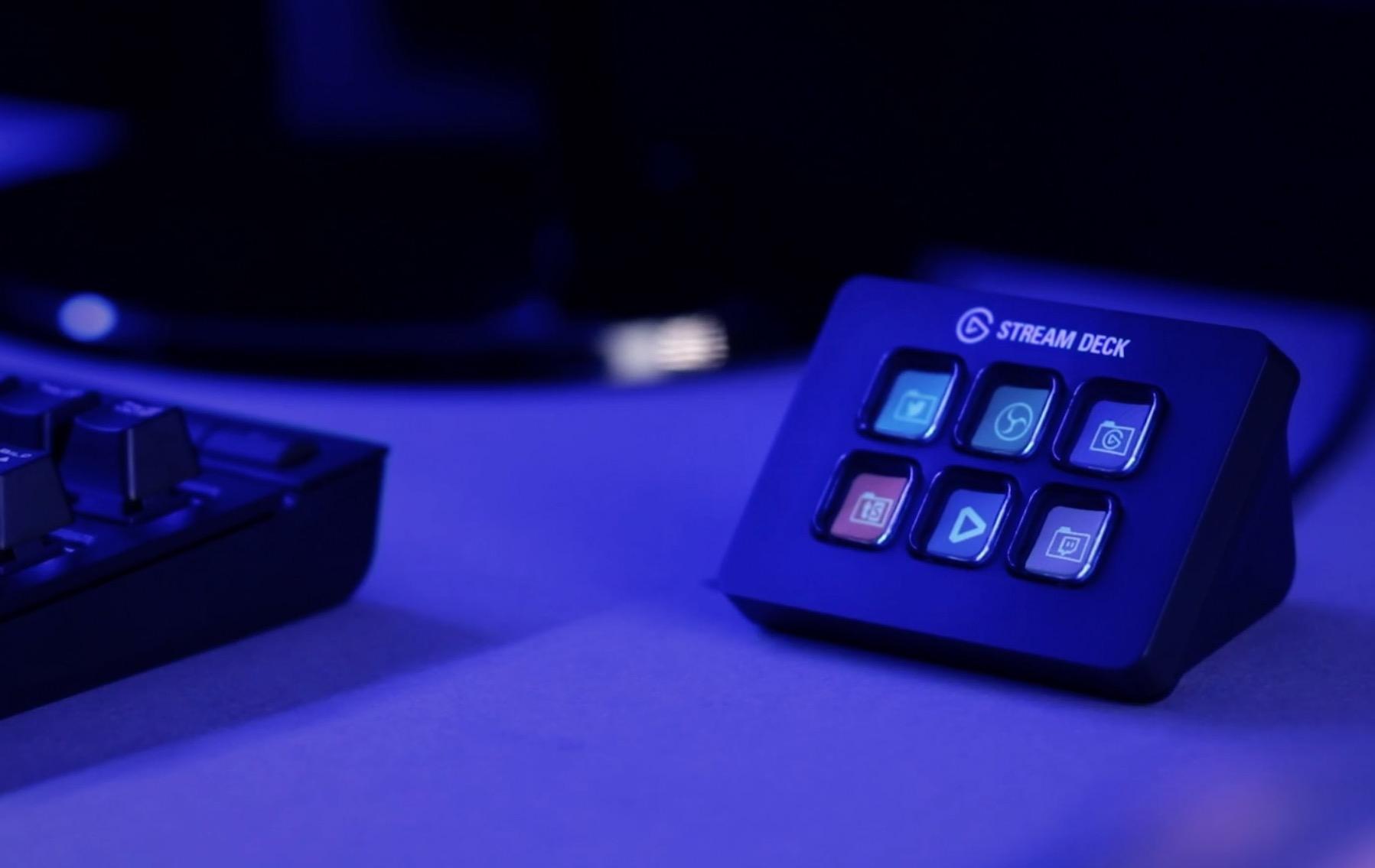 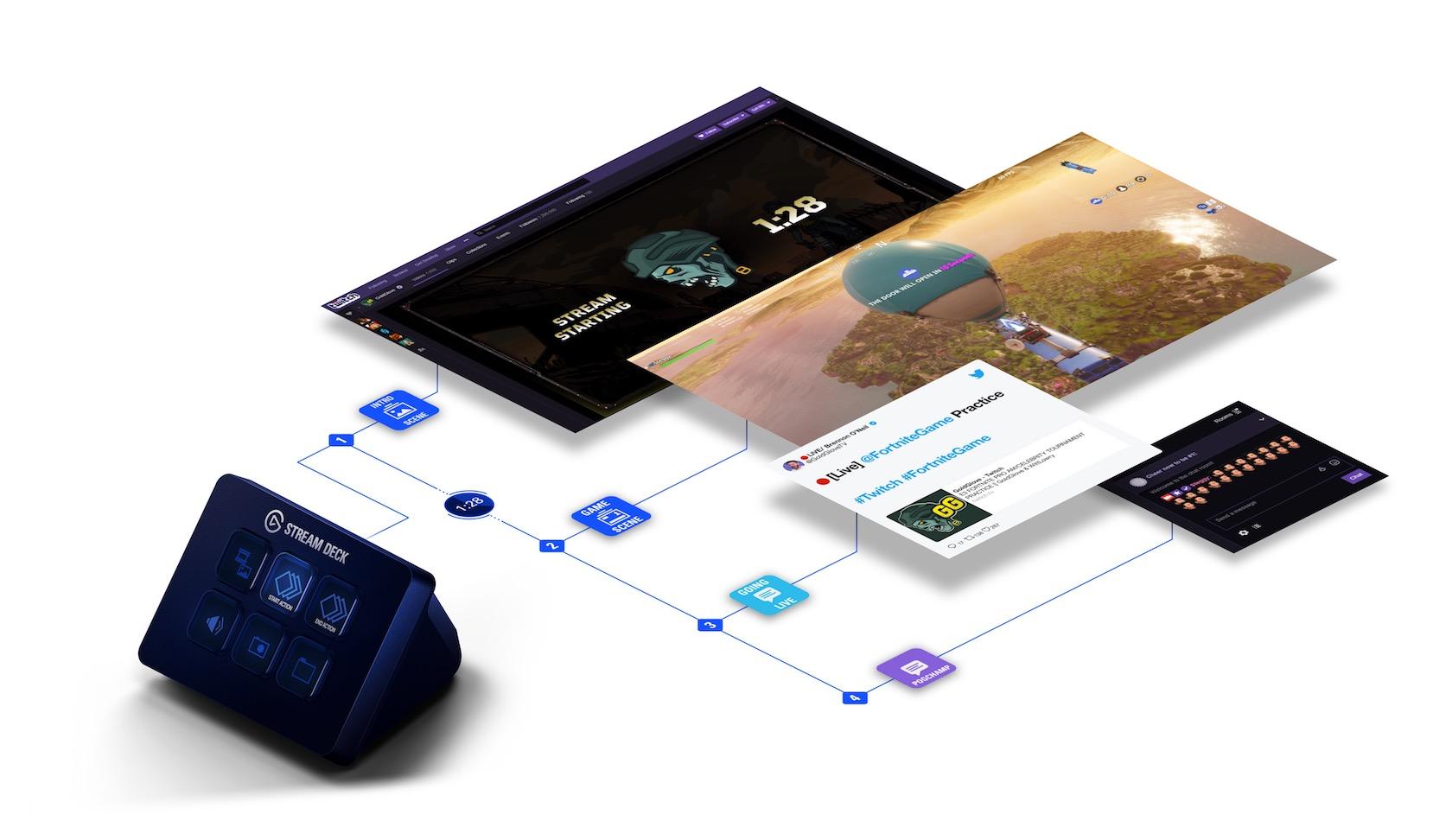 SlashGear uses affiliate links, and sometimes if you buy something we may get a small commission from the sale