If you are a streamer, the Elgato Stream Deck does not need to be introduced. With its fifteen buttons, it allowed you to seamlessly switch scenes, trigger events, and even control other aspects of your computer without leaving the game. But what if you don’t need fifteen buttons different ? Today we have the answer with the cropped down Elgato Stream Deck Mini. Read on for the full commentary.

As a newer streamer, I’ve only recently come to tools like the Stream Deck Mini, but the appeal is obvious. Already, I’ve found myself hitting alt + tab in the middle of streams to change settings or launching programs or realizing in the middle of the game that the keyboard shortcut I mapped conflicts with another function. The Elgato Stream Deck promises to change all that and keep all of the “behind the scenes” work really behind the scenes.

The problem is, the original Stream Deck isn’t only pricey, hitting $ 139.90 on Amazon right now, but can even be a bit of a stretch for people like me. This is where the Stream Deck Mini comes in, offering a smaller, cheaper version of the Stream Deck that still packs an incredible amount of features into its small package.

If you’ve never heard of the Stream Deck before, it’s basically a customizable hotkey that integrates with different streaming services and software. Each of the Mini’s six buttons can be linked to a function, and under each button is a small LCD screen that displays a customizable icon. These can be preselected, edited or created inside the lightweight software suite and frankly make it way better than the last macro pad we looked at.

The functions themselves can also be preselected and then customized yourself or made from scratch by yourself. The software is remarkably powerful, allowing you to easily map basic functions like adjusting your audio levels or scene switches right out of the box, but that’s really just the tip of the iceberg. It integrates with the Twitch API, so you can send messages, enter sub-chat or switch to Slow Chat mode, or even send Tweets. If you have an Elgato capture card, all of its controls are also built in, ready to be assigned to keys.

Where things get really interesting is with custom commands, keyboard shortcuts, and multi-action switches. Using custom commands, you can assign buttons to launch programs or websites, execute commands, or open files. Keyboard shortcuts, on the other hand, are shortcuts for key combinations to control these programs or trigger other shortcuts built into the software. The shortcut switches allow you to change the icon displayed on the Stream Deck Mini until the button is pressed again, for example, if you are recording a game that is playing. Multi-actions, as the name suggests, allows one touch to perform multiple actions, but you’ll have to think carefully about how to make it work best and avoid conflicts.

This all adds up to a kit designed for streamers but useful for much more than streaming. When I start up my system, the Stream Deck Mini can display icons to launch Steam, Slack, Google Drive, and then folders for streaming controls, games, and Adobe apps. When I’m streaming, I can switch to my streaming folder to see all of my OBS features. When editing in Premiere, my first three buttons could easily resize a clip, ungroup audio, and paste attributes to speed up my workflow. I could even use it to map a few of my most needed edit keys when examining a keyboard at 60%. If you’re creative, a program like AutoHotKey expands the possibilities even further, opening the door to macros and full-fledged automation. 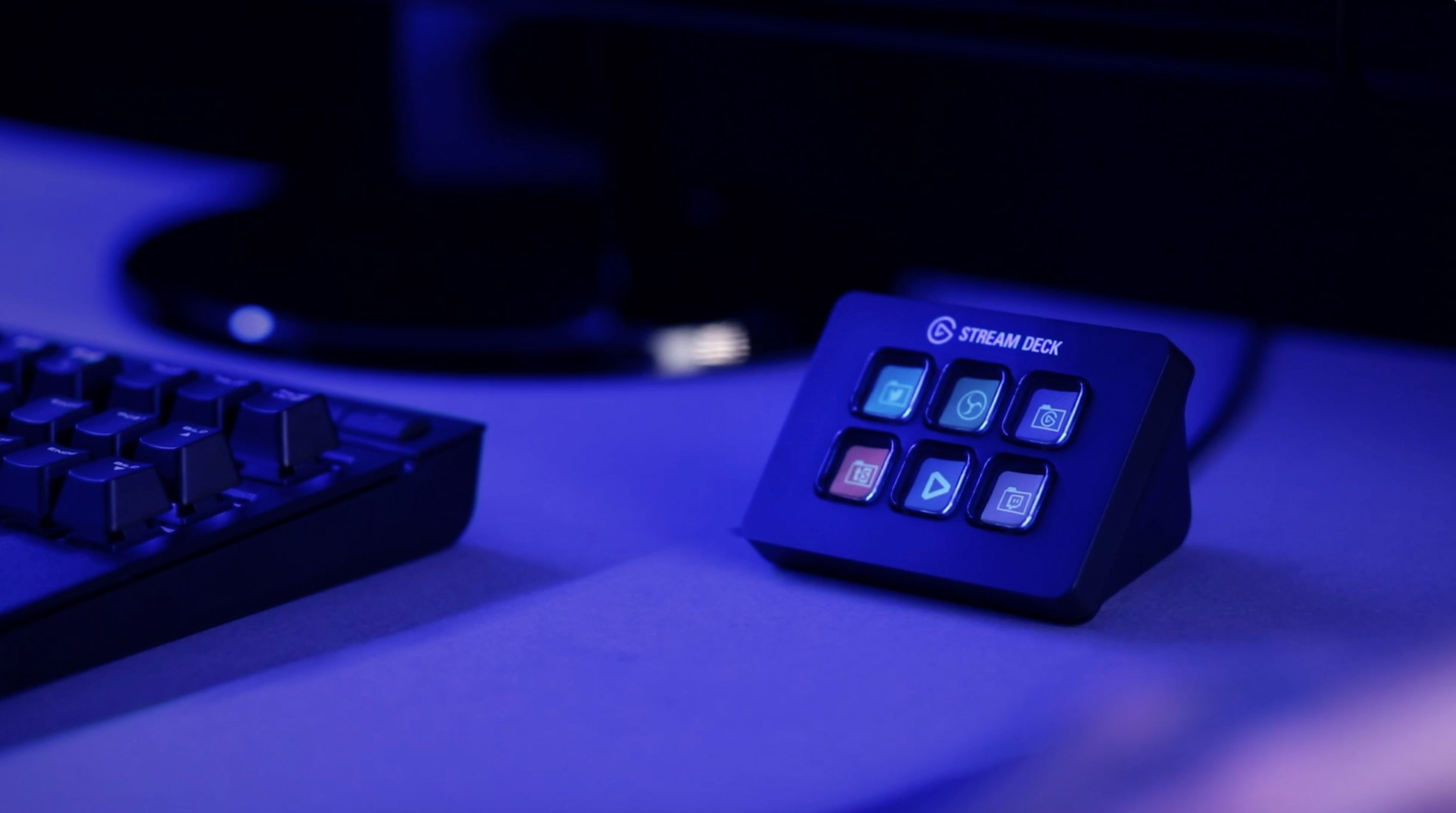 If this all sounds a bit overkill to you, Elgato has also designed the ability to import and export profiles. If you’d rather download someone else’s OBS layout and skip programming altogether, you can do that and it’s a good place to start for newbies like me.

With all this potential, six buttons might not seem like too much. Fortunately, each key supports folders, which will likely prove necessary as you go along. On their own, six keys would fill up way too fast, but by mapping each to a folder, you can organize the commands into groups. Each folder can also nest additional folders, allowing you to go deeper and deeper for essentially unlimited orders.

The problem is, six buttons seem like the bare minimum that a device like this could support, and I could easily see myself growing up from them. This six also looks more like four or five when you consider that you’ll also need to map buttons to navigate. return after entering a folder or to shorten to a home layout. You’ll be playing the browsing game much more than the original Stream Deck here, going to our subfolders, which can feel overwhelming. Is it worth it? I think so, but it had the side effect of making me wish I had the biggest Stream Deck after all.

I love the idea of ​​the Stream Deck. This is one of the few items that offers more than you expect. The Mini takes that original design and downsizes it, offering something smaller and more affordable while not losing any of the functions of its big brother. The trade-off is how quickly you feel those lost pimples. You can expect more browsing here and some backups in and out of folders. If you don’t mind that, or you only have a handful of functions anyway, this is a great little tool and offers solid savings over the original.

The product discussed in this review has been provided by the manufacturer for evaluation purposes.