When Wendy Stevens’ mother succumbed to breast cancer in 2020, she left behind a series of letters to her four children that she wrote during her illness.

“One of those letters,” Stevens says, “explained to me how — growing up — I would always go in a different direction [than] the other children. My sisters and brother were going right and I was going left. My mother wrote: “You would go left, and I would have to spend an extraordinary amount of time telling you why I wanted you to go right.” Well, my mom said in the letter that over time she realized what a purpose and place there was for me.

Indeed, that swim-up trait has come to mark Stevens’ career in public health, where she’s not afraid to inhabit what she describes as the naughty corner.

A world leader in HIV and tuberculosis (TB) laboratory medicine, Stevens is known for fighting for the integrity of science in a health system riddled with political interference – most recently during the early stages of the Covid pandemic.

In 2020, Stevens’ friend and colleague at Wits University, Professor Glenda Gray, chair of the South African Medical Research Council (MRC), made headlines when former health minister Zweli Mkhize has publicly dismissed his criticism of the government’s Covid strategy. At the height of the dispute, the acting Director General of Health, Dr Anban Pillay, written to the president of the MRC asking them to investigate Gray’s conduct.

When science and politics collide

Commenting on the collisions between science and politics in South Africa, Stevens says, “Well, with me, they collide all day, every day. It’s been like that all my career and it’s not always the easiest. But you know, you have to roll up your sleeves. I completely believe in the honesty of science. So I’m on the naughty list here. I’m in the naughty corner – like Glenda. The navigation was really difficult.

“Have I been beaten and badly bruised in the past three years? Yes. But if you’re not at the table, how do you bring about change? You have to be somewhere in the game to change it. It’s about being brave enough to raise your hand and say when something is wrong.

Later in the interview, she adds, “I mean, just rolling out TB diagnostics has aged me 10 years! »

Part of what she is referring to is the roll-out of transformative new molecular tests for TB in South Africa over the past decade. Currently, millions of these TB tests are performed each year. 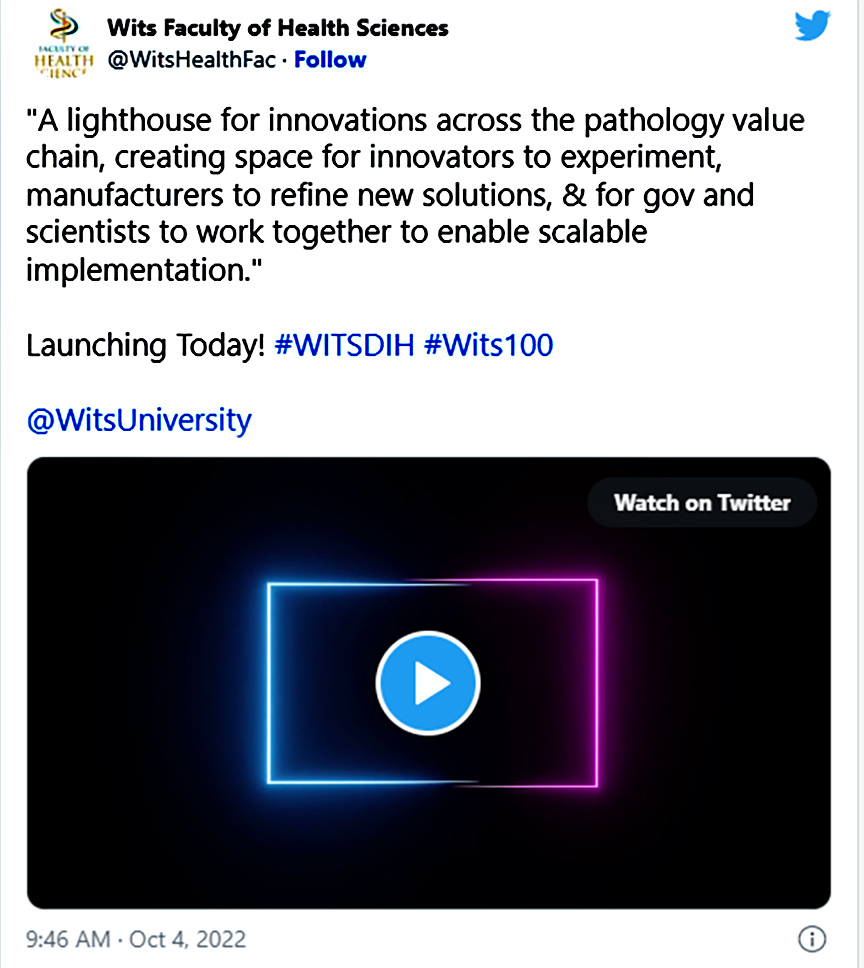 A lesson in autonomy

This is the woman who rushed to a builders warehouse in Johannesburg to buy safety equipment for her lab staff while working on replicating the Covid virus in April 2020, and who spent hours on the phone negotiating with foreign companies for lab supplies as flights ground to a halt during South Africa’s harsh lockdown.

“We had people make the bug for us,” she recalls. “So we had some really fabulous scientists developing the bug so they could try the new tests. Back then, even keeping yourself safe in the lab was one thing. I mean, I came across Builders Warehouse and I said to the man: do you think we can buy all the visors you have on your shelves?

“What upsets me the most is how people on this continent have been treated during Covid,” Stevens says. “Even for me, to get supplies… I spent the night phoning all the contacts I had at all the suppliers around the world, just to bring supplies for testing etc.

“Remember, planes didn’t fly – I had a team helping me and dealing with legal issues. We had to work with Sahpra (the SA Health Products Regulatory Authority) to try to bring some things that weren’t garbage.

Speaking on Zoom, Stevens frowns as she searches for the right words.

“We were literally on the phone…I was talking to one of the big diagnostics suppliers, saying, ‘You were happy to sell me in the past, now you won’t give me this?’ I think that taught us a lesson. , which is self-sufficiency. There is a lot of innovation here in South Africa and we need to stop being so dependent on supplies from elsewhere.

‘Necessity is the mother of invention’

In 2003, at just 33, Stevens became a full professor at Wits and head of the university’s Department of Molecular Medicine and Hematology. She remembers the wisdom of her predecessor and mentor, the famous haematologist, Professor Barry Mendelow.

“He used to say that necessity is the mother of invention. And it’s one of those things that has stuck with me my whole life,” she says.

Initially, Stevens specialized in hematology, working in cancer diagnostics before moving to infectious diseases when the HIV epidemic reached its peak.

“I remember landing in a children’s home, where the guy said ‘look at these babies and tell me which ones are HIV-positive and which ones are HIV-negative’. And I said, ‘I don’t know!’ How do I know who is positive and who is negative? This motivated her to create a team that established the first HIV PCR lab in the NHLS to provide public service testing for the early diagnosis of HIV in infants.

Over 15 years, the NHLS has developed a network of 265 labs across the country, with every public sector test recorded on a single database. Stevens is one of the people who made this possible.

Professor Lesley Scott, who reported to Stevens at Wits for 20 years, describes Stevens as “a beacon for laboratory innovation”. Scott tells Projector“People often don’t realize that behind every patient’s diagnosis and treatment are lab test results, many of which were established in South Africa by Wendy.”

Last year in a TEDxJohannesburgSalon speech entitled “A plan for the future of testing laboratories in AfricaStevens called the labs “custodians of truth.”

She explains: “It’s not as subjective as social news and it stays recorded. We can tell using indirect aggregate data what exactly happened, and this does not involve subjective interpretation.

“So the network of labs was set up for different reasons – a lot for HIV, a lot for TB – and we used these networks to collect information as well as to carry out tests for Covid. We looked at the Covid data, and because we could do it nationally, we could actually predict that there was a change or a new variant coming almost three weeks before the surveillance.

“So it’s been really remarkable how having full access to national data has even helped Tulio [de Oliveira] saying you better watch because we think this epidemic is changing.

Stevens highlights two professional values ​​that are dear to him.

“I need to make a difference. And the thing that I think I’m really good at is finding talent – ​​those people who think differently. A multidisciplinary approach is an integral part of lab work today, she says, with several new recruits to her labs who are scientists trained in engineering and economics.

“A bit of a street fighter”

Looking back on his career in infectious disease, Stevens speaks of leapfrogging. She points out that it took decades to roll out HIV diagnosis and treatment, years with TB and barely weeks with Covid.

In South Africa, each pandemic has paved the way for a more effective response to the next. However, she warns of reduced capacity for HIV and TB testing in South Africa due to Covid, as well as other diagnoses like cancer.

Born to a chemical engineer father and a mother who worked as a nurse, Stevens enrolled at Alberton High School on Johannesburg’s East Rand, before qualifying as a doctor at Wits in 1989.

“Coming to Parktown, to medical school, it was all pretty foreign,” Stevens says. “I mean, I hadn’t been to the posh Joburg schools in that area. But going to the school that I went to – which wasn’t very fancy – I think it made me want to go out. It made me hungry; it puts a bit of street fighter in you.

“My father, Trevor, is now a chemical engineer, but all I remember from my childhood is that he was studying. Working during the day and studying at night, he was doing very well. He will be 80 in next year and he’s still working, he also runs labs, he was probably responsible for most of the concrete designs in South Africa in the early days.

“My mother, Sue, was a nurse. In fact, it’s quite ironic. She was the head nurse at Joburg Hospital [Charlotte Maxeke Johannesburg Academic Hospital] respiratory intensive care unit for about 25 years. She has taught many current pulmonologists. And then we lost her to breast cancer about a month before Covid started.

“It’s just sad, you know, because we kept thinking about his legacy. one of the most competent people of the moment.

To conclude, she says: “I have worked with the most incredible people in more than 40 African countries, in Indonesia, in China…”

In 2016, the Chinese Center for Disease Control invited Stevens to present lessons learned during the implementation of molecular diagnostics for tuberculosis in South Africa. At the time, Stevens and Professor Scott also climbed part of the Great Wall of China together.

This article was published by Projector — general interest health journalism.