NVIDIA’s huge GeForce RTX 40-series GPU reveal came and went, and after all, one of the biggest disappointments was the lack of DisplayPort 2.0 connectivity. We’ve had DisplayPort 1.4 connectors forever, and while HDMI 2.1 has joined the party, it’s really for large, high refresh rate TVs (HDMI 2.1 is 4K120 capable).

DP2.0 is a huge upgrade over DP1.4 and DP1.4 + DSC (Display Stream Compression) where the new DisplayPort 2.0 connector is capable of 8K 120Hz and 4K 240Hz over a single cable. This does away with HDMI 2.1, and the fun gets even better when you think there’s not just one port for DisplayPort on the back of modern graphics cards, but rather enough room for 3 DisplayPort-powered monitors. .

If next-gen GeForce RTX 40-series GPUs had DP2.0 support, we would have 3 DP2.0 ports each capable of 8K120 and 4K240. That would mean your screen connectivity is pretty damn future-proof, as it will still be years (and many generations) before we play any higher than that (8K240 and 4K480). 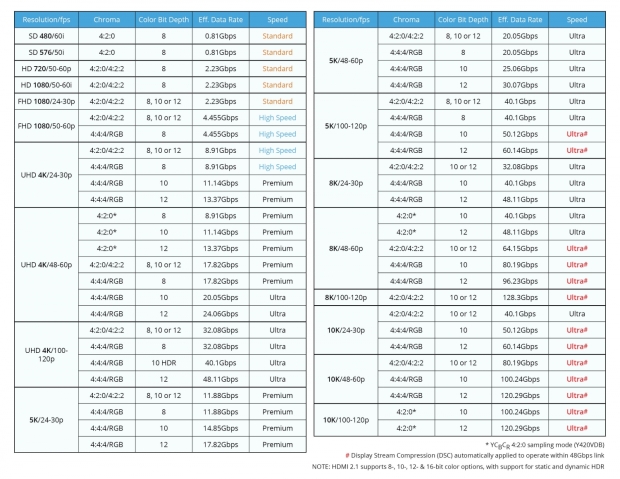 It’s disappointing to say the least to see NVIDIA throwing such an absolute behemoth of silicon into the new GeForce RTX 40-series GPUs – especially this tasty new GeForce RTX 4090 – without DisplayPort 2.0 connectivity. I’m a big GPU enthusiast, but I also love display technology.

I run most displays in my lab through DP1.4 while using HDMI 2.1 for my OLED TV (because it’s 4K120 compatible and only has HDMI 2.1 connectors). DisplayPort 2.0 would have been a perfect match: a next-gen GPU capable of driving at least 8K120 and 4K240 (especially with DLSS 3 support on Ada Lovelace). But no.

Intel’s not yet bloody Arc GPUs have DisplayPort 2.0 connectivity, while 75.3 billion silicon and DP2.0 transistors can’t join the party.