Game streaming on platforms like Twitch is growing in popularity, and Elgato is expanding beyond just capturing your gameplay and helping streamers look more professional with a new studio controller. Elgato Stream Deck promises the end of keyboard shortcuts and juggling between different windows to manage die-cut media, social media, graphic overlays, and more with a set of customizable LCD buttons.

Roughly the size of two decks of cards, the Stream Deck is actually a slice of a television studio control board, but focused on internet broadcasters. Connecting via USB 2.0, it has fifteen buttons, each of which is actually a small LCD screen. They can all be customized to perform different functions.

Those with long memories might be having a bit of deja vu right now. If you’ve been following the device space for a long time, you might remember the Art Lebedev Optimus Aux, a number pad that features fifteen OLED buttons rather than regular keys. However, it was pre-ordered at $600, and it’s unclear how many keyboards were released in the wild.

In contrast, Elgato’s Stream Deck’s fifteen customizable buttons will set you back just $149.95. In fact, it can manage up to 210 different actions in one configuration, since you can also organize the shortcuts into folders. Everything is handled by Elgato’s new Stream Deck app.

At launch, this will apparently support a variety of popular streaming services, including Twitch, Twitter, OBS, Tipeeestream, and Elgato’s own Game Capture. The available actions – the scope of which will depend on each service’s own APIs – can be dragged to a key and then customized. Users will also be able to change the icon displayed if they wish or leave it as default.

So you could have a button that automatically sends a link on Twitter to your upcoming stream, or toggles your webcam’s camera view to any game in progress. GIFs and animations can be triggered, lower thirds subtitles displayed on screen, or intros and ending sequences. Stream Deck is also apparently smart enough to automatically detect scenes, media, and sources.

According to Elgato, the range of supported applications will expand over time. Indeed, there is the potential for more than just streaming functionality. If you’ve looked longingly at the Touch Bar on the latest MacBook Pro, there’s really nothing stopping Elgato from creating a standalone version that can offer similar custom keys for Windows or Mac apps.

The 118 x 84 x 21mm case tips the scales at 190 grams, and the whole thing is bus-powered rather than requiring batteries. Elgato includes a 1m USB cable and adjustable stand, and the keys themselves have adjustable backlighting. Stream Deck is compatible with Windows and macOS and will be available in May. 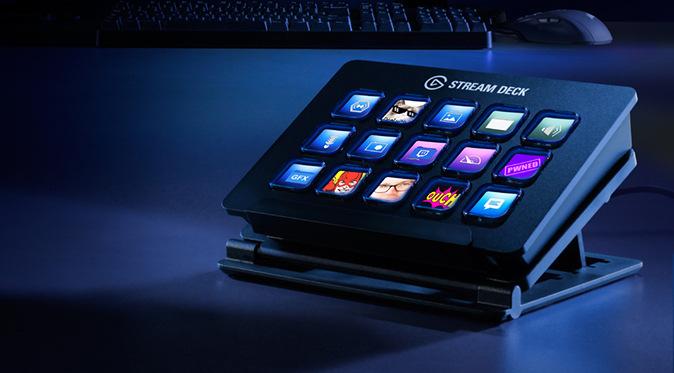 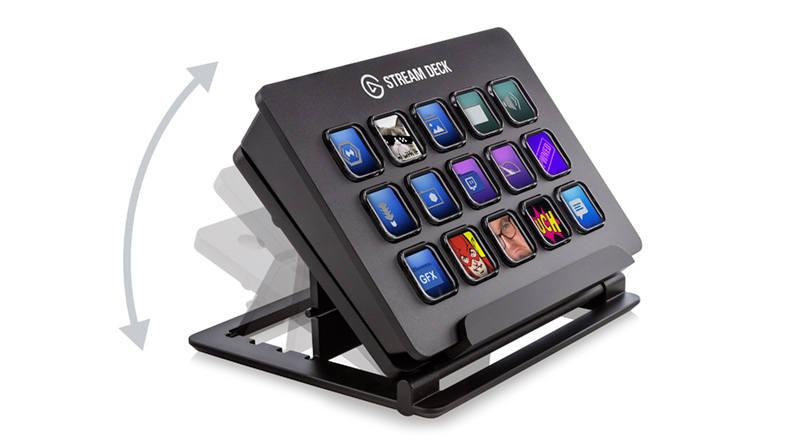 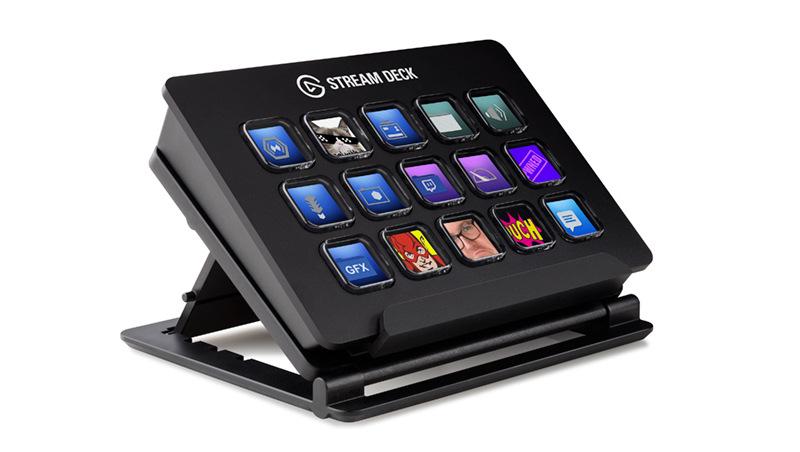 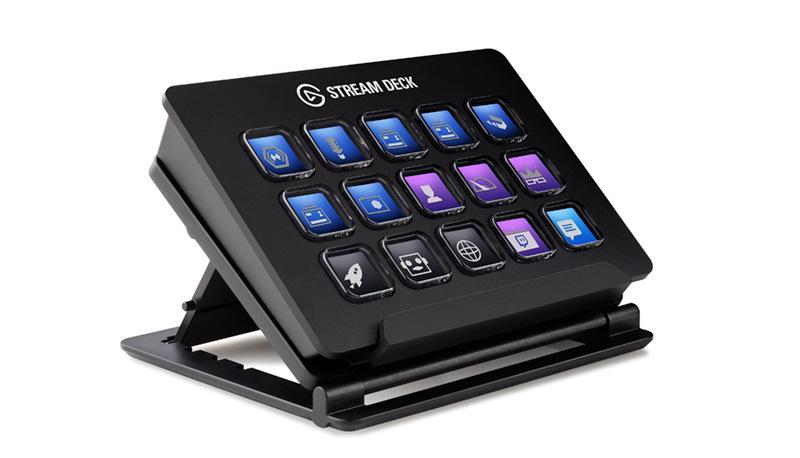 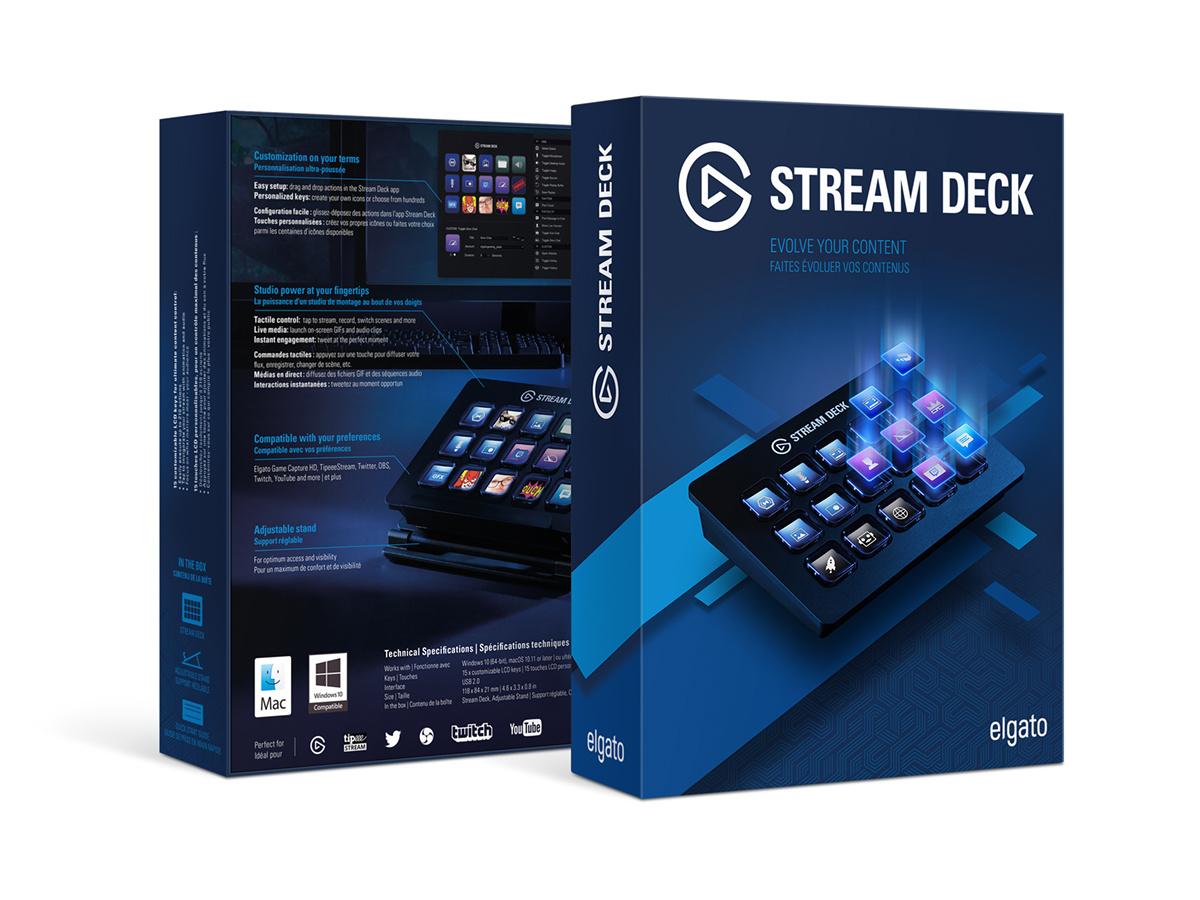 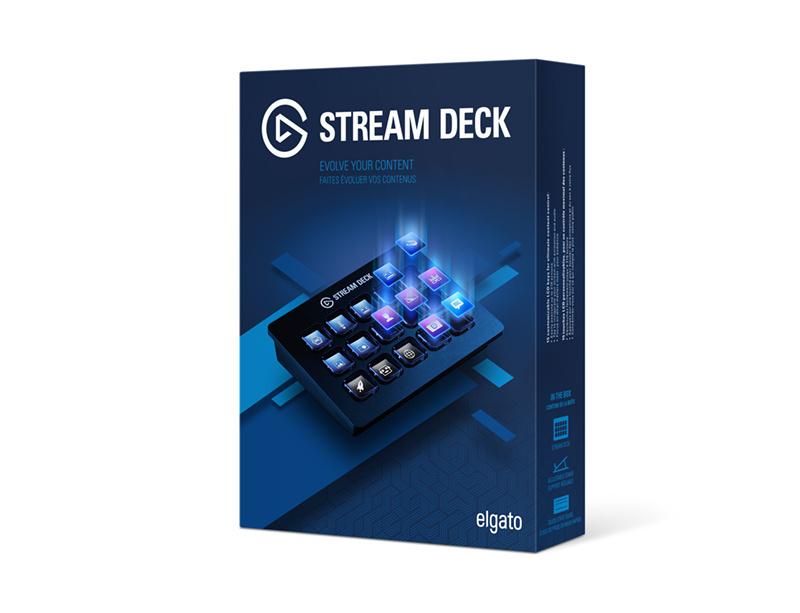 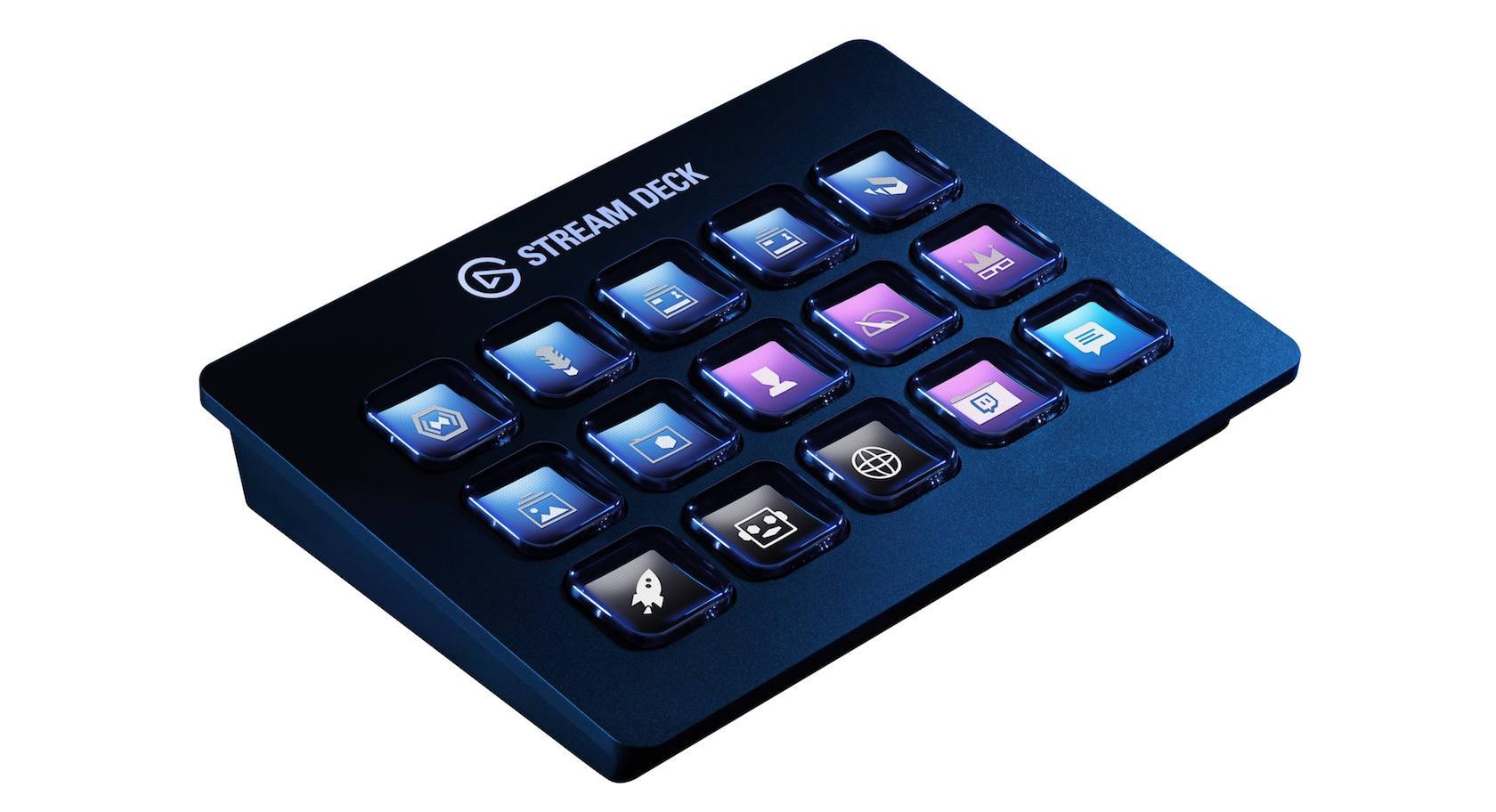