The Elgato Stream Deck is a must-have device for streamers because it makes things much more manageable and organized. It’s a device you don’t think you need, but you’ll understand what you’ve been missing once you get it.

The Elgato is a simple panel with 6 to 32 fully customizable physical buttons. For streamers, it’s a shortcut to many oft-used controls without going through too many settings or commands.

It streamlines workflow and reduces wasted time by making things more efficient. Simple commands like mute the mic, turn off the camera and change the stream view can be done with the press of a button. Various actions can also be assigned in-game.

Set up and use Elgato Stream Deck

There are several models of devices, and you might not need the best one, as it might be overkill and unnecessary. The different models are:

The MK.2 edition is the latest from Elgato with a removable USB-C port used for connection and interchangeable faceplates, which means it’s more customizable to better suit your setup. It also has 15 LCD buttons and costs $150.

The mobile version is not a physical device; it’s a mobile app available on iOS and Android that costs $2.99/month or $29/year. With it, you have the ability to carry your device in your pocket, and it’s perfect for someone with multiple setups.

Keep in mind that all variants use the same free software from Elgato, available on both Windows and macOS. Also, you can practically have as many buttons as you want by using folders in the software. It’s just that you’ll have to press more buttons to do it.

Assuming you have purchased your preferred device, you need to connect it to your PC’s USB port and download and install the Elgato software.

Download the plugins you will need from the store, available in the software. If you use OBS and Twitch, find their plugins in the store and click install. If you are using another streaming software or platform, install its plugins.

In the software, in the menu on the right, there are categories that you can place on your buttons. Drag and drop various actions from the menu in the middle of the screen into one of the buttons to assign that button that action, which can be anything from record, mixer audio, source, etc

These are all streaming software options that you can change through the device to make things easier when streaming.

Next, link your streaming platform to the software by installing your platform’s plugins. Actions will be available from the menu on the right side, such as create clip, clear chat, subchat only, etc. Drag and drop menu buttons to the middle of the screen to assign actions to them. 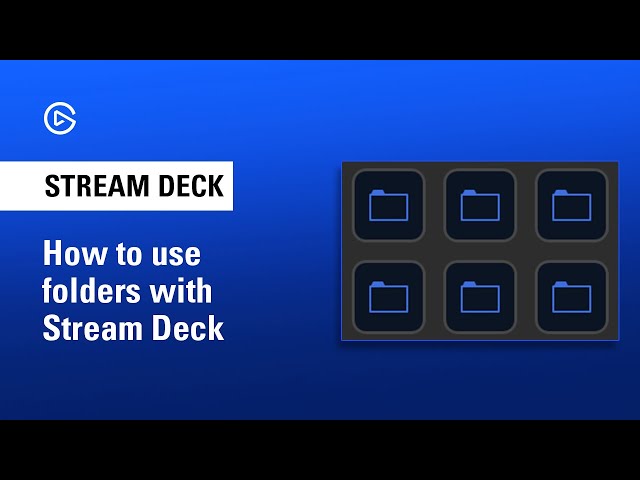 To keep things organized, you can create folders with different button combinations if your device’s physical buttons aren’t enough. You can assign “next page” and “previous page” to two of your device’s buttons to have an unlimited number of buttons, although you have to press multiple buttons to perform an action.

Read also
The article continues below

Click the ‘+’ under the buttons to add a page. You can assign actions to buttons on the new page by dragging and dropping them from the right menu.